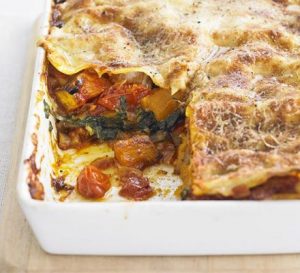 Vegetarian lasagne requires vegetables which form a flat surface: butternut squash works well. You still need a tomato sauce so the recipe is quite complicated. This recipe is based on BBC Goodfood’s Roast Butternut Squash and Spinach Lasagne, but I’ve simplified it in two ways, replacing the white sauce with ricotta, and pre-roasting the squash whole.

You’ll need: butternut squash (750g – three small or one really big), onion, garlic, a bag of spinach (240g), a tub of ricotta (250g), a tin of cherry tomatoes (400g), a pack of fresh Lasagne sheets (Tesco or Sainsbury’s).
When buying squash, remember that the blub is all seeds and basically useless. Try to buy vegetables with a relatively small bulb and a long fat neck.

Step 1 – The Squash.
To soften the squash, pre-cook it, skin on and whole in the oven at 200°C for 30 minutes on a tray – not a rack because the squash will soften into the surface on which it rests. (This can be done in advance). If you have a microwave, five minutes should do the trick.

Step 2 – The Tomato Sauce
Make a tomato sauce (fry onion and garlic in olive oil) with a tin of cherry tomatoes. Optional: a stick of celery if you have some, but no problem if you don’t – this recipe is fancy enough as it is. Optional: a bit of sugar to bring out the flavour of the tomatoes (shouldn’t be needed with cherry tomatoes). Optional: the leeks you have hanging around from another recipe.

More luxurious version – make a white sauce. You’ll still need the spinach, but not the ricotta. 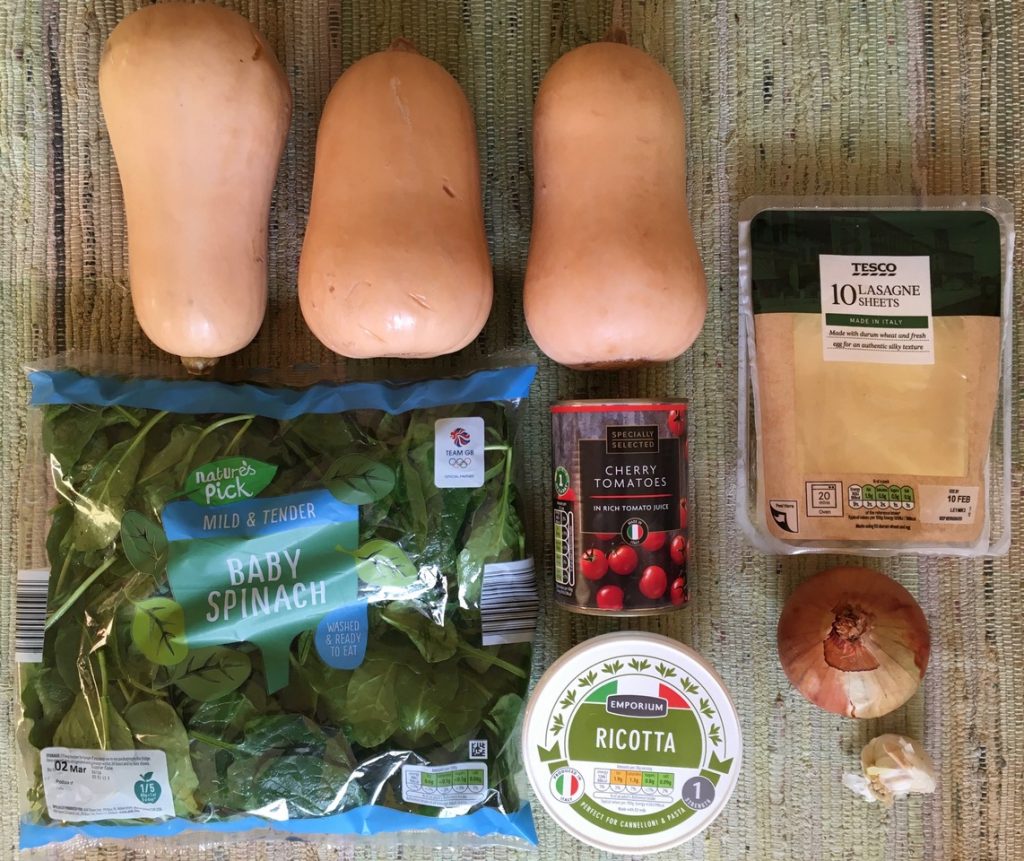