Tango travelled throughout the Spanish speaking world, but the songs that became popular abroad were not always the same ones that were popular at home. A case in point are the tangos that became successful in Mexico, and across the border in Texas, which had a large Spanish speaking population. This region had its own musical culture known as música norteña, referring to the north of Mexico, whilst the nascent Spanish music scene in the south of Texas was called tejano. Certain tangos were incorporated into the local repertoire. For example, in 1934, the Mexican singer Lydia Mendoza (1916-2007), known locally as La Cancionera de los Pobres, The Poor People’s Songstress, was catapulted to fame by her recording for the American label Bluebird Records (a subsidiary label of RCA Victor) of Mal hombre, whose words she had learnt from a bubble gum wrapper. She now became the most famous woman in the region, earning two new epithets: La Alondra de la Frontera: The Meadowlark of the Borderlands, and La Reina Tejana: The Tejano Queen. She went on to make over a thousand recordings; in 1977, she sang at the inauguration of US President Jimmy Carter. 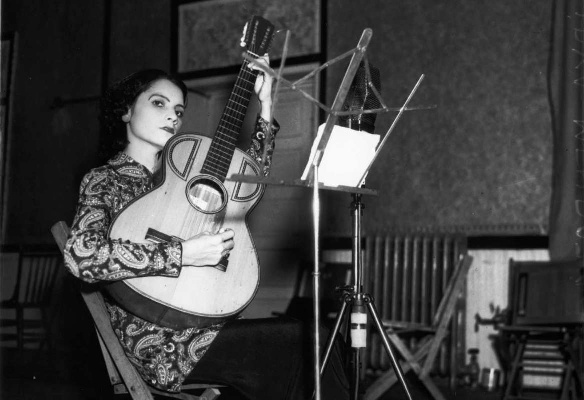 Mal hombre is a sensational tango, completely altering our idea of the landscape presented by tango lyrics. The lyric is set, as so many are, in the Buenos Aires underworld. It’s a tale of the poor girl who leaves her barrio in search of a better life, and is ruined. But here’s the twist: instead of condemning the woman for her choices, the lyric tells the story from the woman’s point of view. She is seduced, abused – the lyric hints at a rape, and a life and death struggle – and cast aside.

Who wrote Mal hombre – and when? On the labels of Lydia Mendoza’s records, it sometimes says: José Rodriguez. We don’t know who he is. The earliest known recording dates from 1926, when it was recorded on Victor by one Elisa Berumen in Los Angeles, California. In short: we don’t know really know who wrote this tango, or when, or how it made its way to North America. In 2011, after Mendoza’s death, the song was registered in her name at SADAIC.

How was it that this tango found such a market in North America, when it did not in South America? I can’t answer this entirely, but for a partial answer, consider where and how people listened to music. The people frequenting bars and cafés in Buenos Aires were mostly men: they did not want to listen to a tango like this. The other place that records were listened to was in the home, where women could hear them as well as men. In Mexico Lydia Mendoza played in restaurants, hotels and carpas (tent shows) – places where women could hear her music as well as men. The local culture seems to have been less Catholic and moralistic than it was in Argentina, and the song was permitted, despite – or perhaps even because of – the fact that there is a strong culture of violence against women in Mexico, something reflected in the lyric.

PS: A footnote for tango geeks: the version of this tango printed by Bluebird at RCA-Victor’s pressing plant in Camden, New Jersey, is pitched one semitone higher than the version printed in Mexico: conclusive proof that RCA Victor were deliberately manipulating the speed of records in 1934.

PPS: It turns out that this recording appears in the 2009 film Crazy Heart, in which Jeff Bridges plays a washed-up country & western musician in Santa Fe, New Mexico.