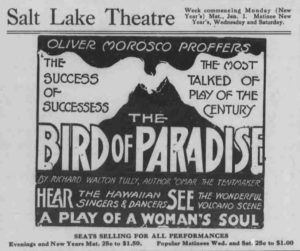 Hawaii and its music became fashionable in 1912 thanks to the Broadway production of The Bird of Paradise, a melodrama set on the island. The show was a smash, running for twelve years. Following on from the impact this created, the world’s fair held in 1915 in San Francisco (the Panama-Pacific International Exhibition) brought in some Hawaiian musicians in order to promote tourism (Hawaii having been annexed by the USA in 1898), Keoki Awai’s Royal Hawaiian Quartette.

But the first artist to become a recording star was Frank Ferera, one of a number of artists recorded by Victor in New York in 1915. Here he is playing Kawaihau waltz backed by Helen Louise – the recording is from the Library of Congress:

The presence of Hawaiian musicians created a craze for Hawaiian music that lasted for years, and in 1919 “The Bird of Paradise” (incorportaing Kekuku on Hawaiian guitar) began touring Europe. This was not the first contact of Hawaiian culture with Europe, however: the dance troupe featuring Jennie Wilson (Kini Kapahu) had toured Europe in 1894. These groups were successful with audiences of all social classes, but especially with the upper class and royalty. Groups penetrated as far as Russia and India, where it not only infiltrated Bollywood but also generated the guitar style of Indian Classical Music – if you want to hear that, check out the 1992 collaboration between American guitar guru Ry Cooder and the Indian guitarist Vishwa Mohan Bhatt, A Meeting by the River. 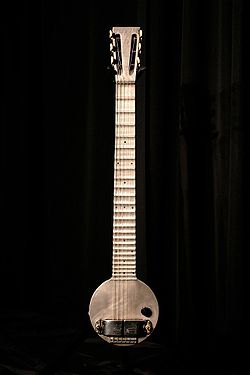 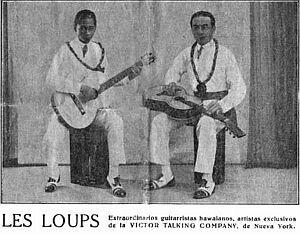