The meaning of this curious Argentine expression, known also in Spain, is clear enough, but what is the origin? Type it into your search engine, and you’ll find the following story: Catalina was a trapeze artist in the circus in the 1940s. Her mother, grandmother, and great-grandmother had already died in falls, but despite this she continued with her profession. Whenever she performed, the people shouted: Agarráte bien, Catalina! Hold on tight! However she died tragically in an accident at the age of 25. Some versions say that she did not fall from the trapeze, but was instead hit by the human cannonball. Clearly it’s an urban myth, the proof of which will be provided shortly, but one can find any number of Argentine websites circulating this story. 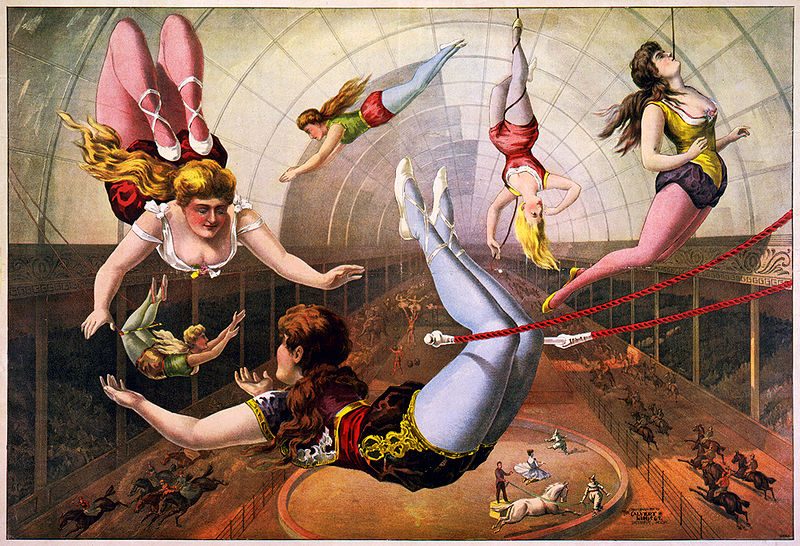 Others maintain that Catalina was a horse ridden by the famous Argentine jockey Ireneo Leguizamo (1903-1985), he of the tango Leguisamo solo. Apparently, he would whisper the phrase into the horse’s ear before each race. This seems a bit closer to the mark (but only a bit) because there is a fuller version of this phrase: Agarrate Catalina, que vamos a galopiar – Hold on tight, Catalina, we’re going to gallop. This version can be found in the magazine ‘Caras y Caretas’ as early as 1901, where the answer to a puzzle is given as: AGARRATE CATALINA, MOS A GALOPIAR (Caras y caretas 5/10/1901, nº 157, p64). In case you are wondering, the puzzle given in the previous issue is a simple drawing of a creole and his wife on horseback. In 1898 there was already a tango called Agarráte Catalina, which we can find in a story about an organ grinder in Issue 9 of ‘Caras y Caretas’ (3/12/1898).

So it’s a phrase about horse riding? Well, let’s see. The true story is given by Jorge Horacio Richino on his blog Biblio TK popular. Catalina is the name used in Spanish for the czarina Catherine the Great, who overthrew her (much older) husband Czar Peter III in 1762 in a coup d’état. Like Queen Elizabeth I in England, Catherine decided not to marry in order to hold on to her power, instead taking a succession of lovers.
Her enemies set about destroying her reputation by describing her as sexually voracious and morally degenerate. In Britain, political cartoons attacked Catherine for her expansionist policies. Others were more coarse. Her great rival, Frederick the Great of Prussia, said about her: “A woman is always a woman and, in feminine government, the cunt has more influence than a firm policy guided by straight reason.” 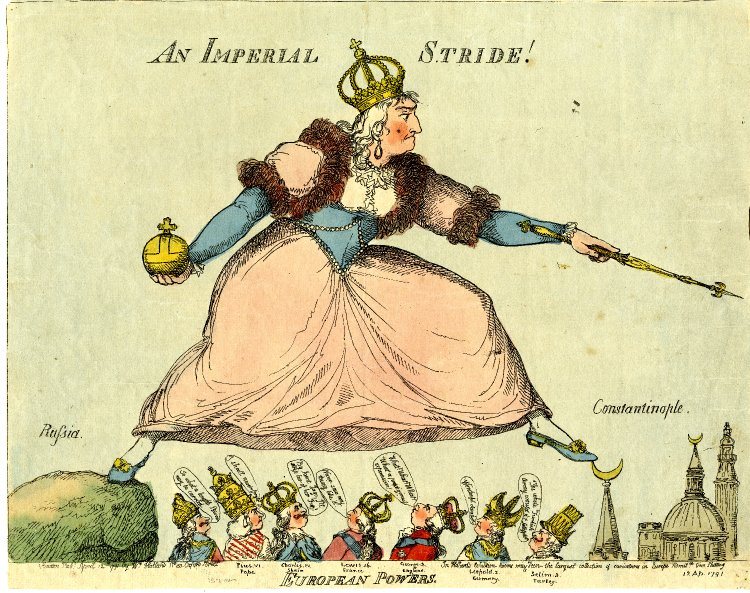 Catherine The Great – An Imperial Stride. As Catherine steps from Moscow to Constantinople, the other rulers look up her skirt and make lewd comments.

When she died in 1796, aged 67, a story spread in France that she had been crushed by a stallion whilst copulating with it. (In reality, she died from a stroke whilst writing a letter). This story has to be seen in the context of the French revolution. Rulers always depicted themselves on horseback, and this story is a way of satirising this trope.

The phrase Hold on Catherine, we’re going to gallop, is a crude sexual euphemism, a man telling a woman that they are going to have sex. It would have appeared in old pornographic magazines. I suppose it’s a good thing that this fact is not well known in South America, where Agarrate Catalina is today the name of a popular murga (carnival group) in Uruguay, founded in 2001.