José Bohr was the talented composer of the tango Cascabelito. Born in Bonn, Germany in 1901 as José Böhr, his father, a vet, took the family to Constantinople but they had to flee after an attack on the Sultan. The family settled in Punta Arenas, Chile, in 1904, and José came to Buenos Aires in 1921. He tasted success in 1924 when Cascabelito was picked up by Carlos Gardel, and Francisco Canaro recorded his novelty hit Tutenkhamon.
Bohr took Argentine citizenship in 1925 and then travelled to the United States, recording tangos on the Columbia label. In 1930 he appeared in his first Hollywood movie, Sombras de gloria, a Spanish language version of Blaze o’ Glory. He appeared in eight Hollywood movies, performing mostly in Spanish but sometimes in English, as for example in Rogue of The Rio Grande, in which he plays a Mexican bandit “El malo”.
Now an established star, at the beginning of the 1930s he moved to Mexico where he directed (and starred in) his own films. In 1942 he returned to Chile where he successfully continued his career as a film director. Finally In 1980 he left Chile and settled in Oslo, where he died in 1994. By any measure, it is an extraordinary life.

To anyone who wants to research his tango recordings (made in New York) a good place to start would be the CD published by CTA in Japan in 2008, CTA-615. However, a surprise is in store if one inspects the labels. They clearly read Eva Bohr & su Orquesta Criolla Argentina: Eva Bohr, and HER creole tango orchestra. You can listen to this La cumparsita on youtube, combining the presence of the guitar and fine solo work with a strong sense of dynamic. 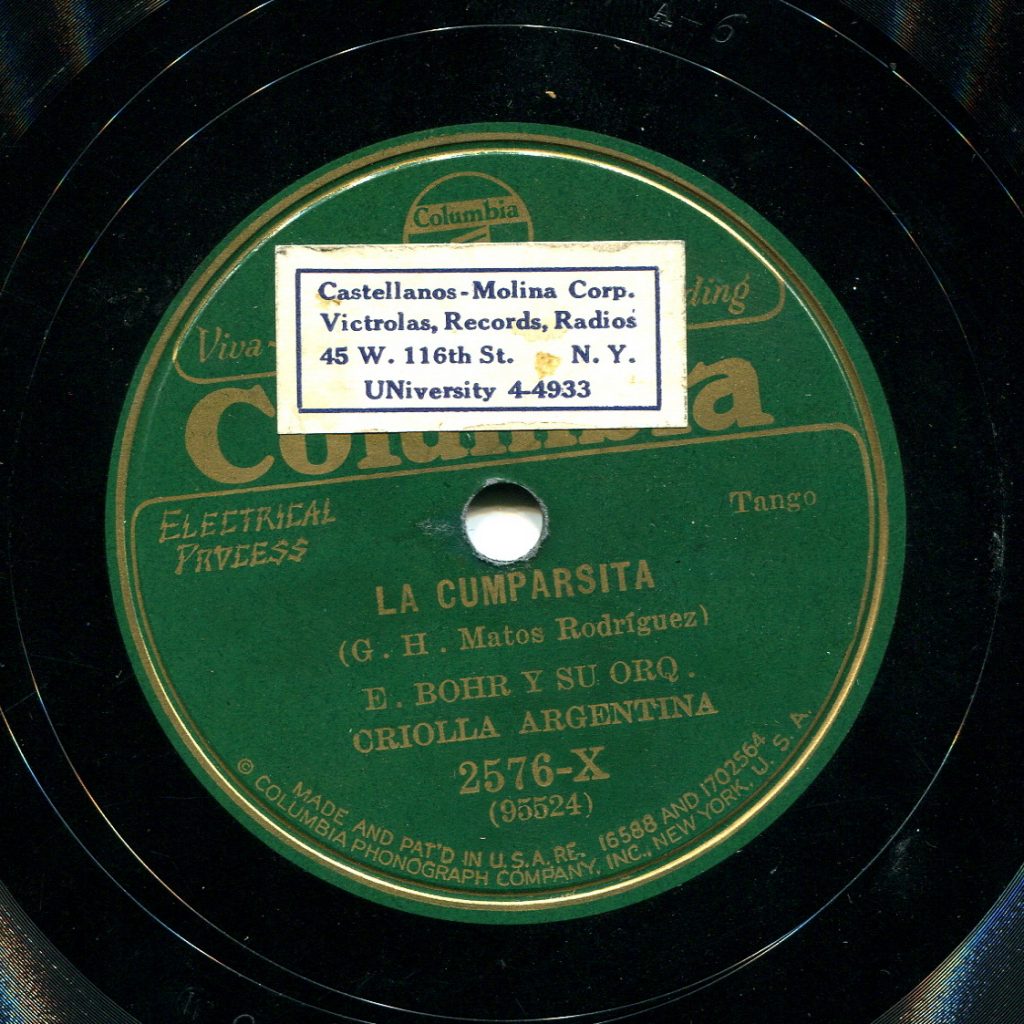 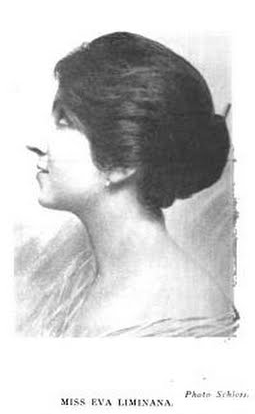 Who then is Eva Bohr? She’s Jose’s Bohr’s wife. Born Eva Limiñana Salaverri in the province of Entre Ríos (Argentina) and raised in Chile, she studied piano first in Santiago and then in New York. A newspaper clipping from San Francisco in 1916 tells us that she has given recitals as a concert pianist and counts Busoni amongst her teachers.
José and Eva met after he heard her play the piano in New York.
Once the couple settled in Mexico, she wrote the scripts for her husband’s films. After they divorced in 1942 – the year he returned to Chile – she produced and directed one film without him. She died in Mexico City in 1953, aged 57.
In the Columbia tango recordings it’s almost certain that Eva Bohr is both the director and the pianist of the group. What was her husband’s role? We know that he was a good composer: was he also a talented musician? The answer to these questions is not clear. José Bohr had first found fame as a musical performer with the musical saw, which he had played in his novelty hit Tutenkhamon. He could sing – he is the vocalist on three numbers recorded with the Típica Victor in 1941, but his voice is nothing special. Judge for yourself in a short film recorded in Cuba in December 1928 in which he plays the piano and speaks in English. (Thanks to Hideto Nishimura (Panchito el japonés) for uploading it).

It would be easy to criticise the society of the 1920s for eliminating Eva Bohr from the history of tango. However, as we’ve seen, this would be a mistake: at the time Eva Bohr was acknowledged, recording under her own name. It was subsequent generations who preferred to acknowledge only her husband. By the time Baba-san compiled his CD in 2008, he assumed that Eva Bohr was a pseudonym. I’m happy to tell you that it was not.